Several leaders of the OSCE Parliamentary Assembly have actively participated over the past two weeks in the Human Dimension Implementation Meeting, organized by the OSCE Office for Democratic Institutions and Human Rights and the Italian OSCE Chairmanship, speaking at working sessions on democracy, fundamental freedoms, rights of migrants, human trafficking, and freedom of the media.

The OSCE PA was also represented by Vice-Presidents Isabel Santos (Portugal) and Kari Henriksen (Norway), and human rights committee Chair Margareta Kiener Nellen (Switzerland), who spoke at several working sessions of the meeting. Kiener Nellen noted that parliamentarians have an important role to play in promoting tolerance and non-discrimination.

“Through the enacting of relevant legislation aimed at combating hate crimes and hate speech, and promoting equal rights and opportunities, parliaments have a strong tool at their disposal to improve the situation qualitatively,” she said. 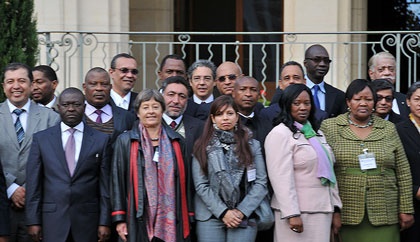